Sadie's 1st grade teacher showed the class a large paperclip and told them she grew it from a small paperclip placed in water. There were some skeptics so she told them to go home and try it for themselves. (I'm guessing this was her April Fool's joke on the class!) Sadie found a paperclip on Saturday, remembered the experiment and decided to give it a try. She placed her paperclip on the kitchen counter, poured a small puddle of water over the top, and checked on it every few minutes. 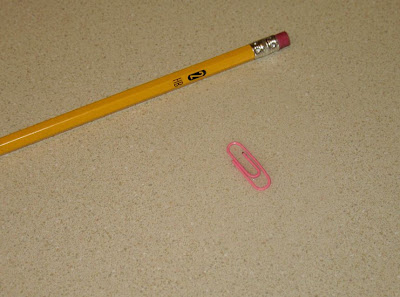 After a bit, I replaced her small paperclip with a larger one. 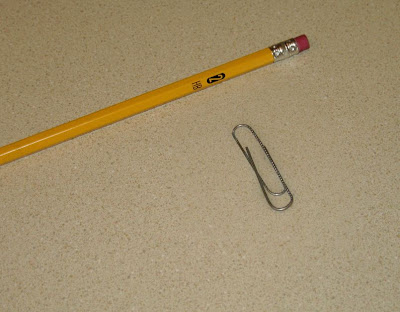 I wish you could have seen her face, hands clasped over her mouth, as she gasped when she saw it. (The fact that it was no longer pink didn't seem to matter in the least!) She made sure everyone knew what had happened!

Her curiosity piqued, she decided to leave it for a while longer to see if it would grow even more... 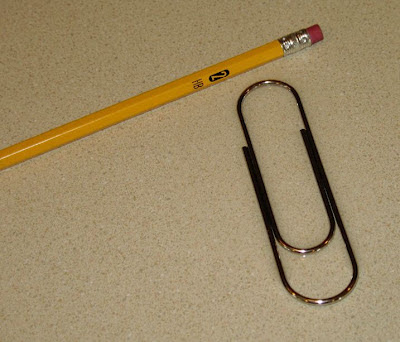 No way! By this time a couple of her brothers were torn. Could this be real? Sadie and Soren both left for school Monday morning determined to tell their teachers all about the successful experiment!

I knew I was in trouble when I saw a slew of small paperclips in a puddle of water the next day... 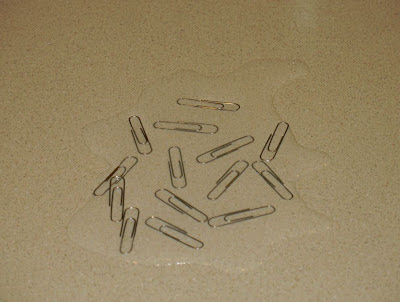 Ah, to be six again!
This story unfolded just as written, but all photos are recreations of the event using the actual paperclips. :)
Posted by missy at 6:20 AM

That's so funny. Hope she has a sense of humor when she finds out.

THat is Amazing! I think we better try growing paperclips here!
(What kind of water did you use?)

Gotta love this time in your life!!