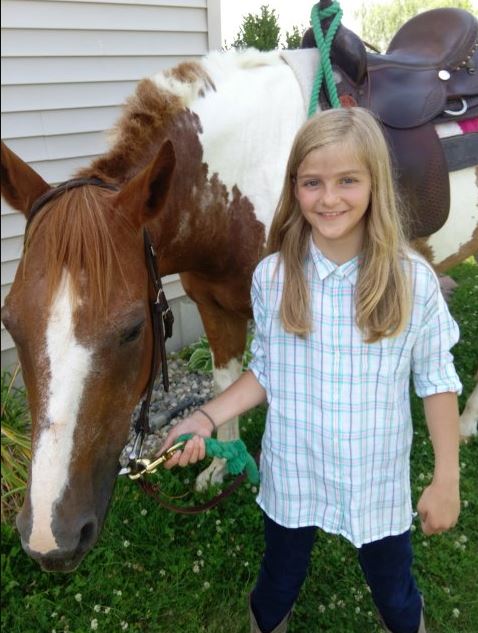 A big Happy Birthday to my eleven-year-old Sadie-bug today! Jeff arranged for her to go horseback riding as a birthday surprise. He told her they had an appointment together, but Sadie had no idea what it could be. All she knew was Savannah was jealous and wanted to come. This got her wheels spinning and she decided Jeff must be taking her to a spa. While it's true that Savannah would love something like that, Sadie doesn't feel the same and was DREADING this great surprise. Fortunately, Sadie was beyond thrilled when she realized the truth. She had the best time!

Sadie looks a lot like grandma Stowell in the following picture. We have pictures of grandma dancing when she was a little girl and Sadie looks so much like her here. 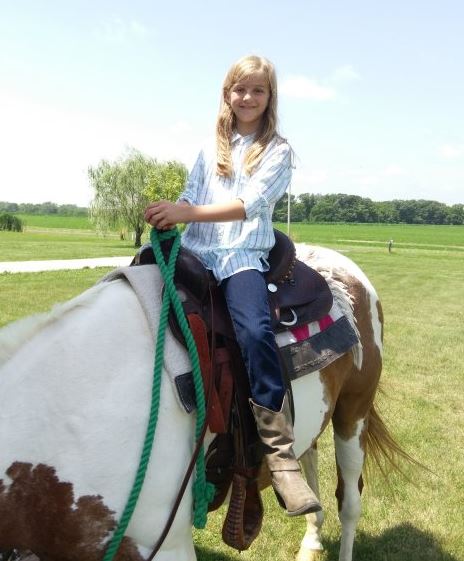 Happy Birthday, Sadie! I hope eleven is your best year so far! 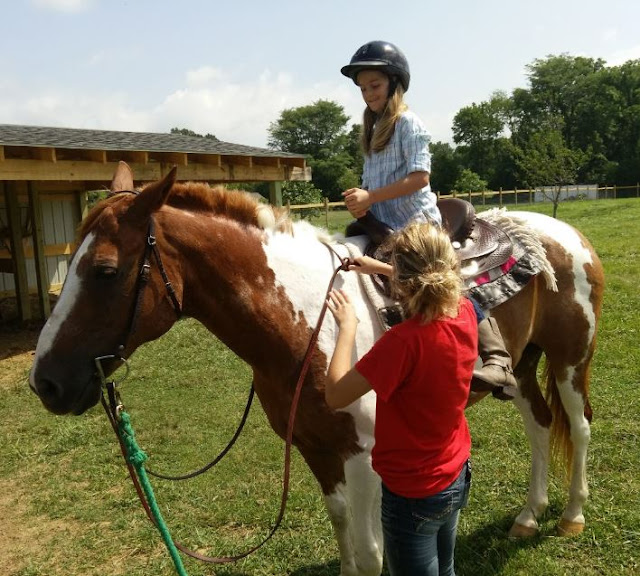 So fun sadie! Happy birthday! Looks like it has been an amazing summer, you should come back!

Sadie, I am a bit behind on reading this blog, but you are one cutie Illinois cowgirl!! (and I think it is so cool that someone thinks one of my granddaughters looks even a bit like me!!) Though you are an improvement on the original!!! Love you!