A source of great entertainment for the past couple of weeks has been our mostly-dead Japanese maple tree. For whatever reason, it has less than 1/3 of its leaves. This, however, has turned out to be a good thing. With the branches exposed, it provides perfect viewing of our hummingbirds. Make that hummingbird, singular. 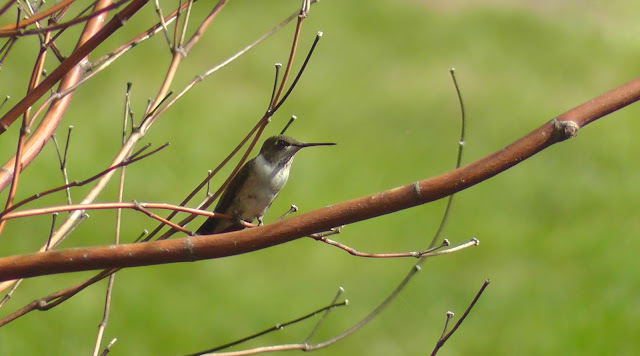 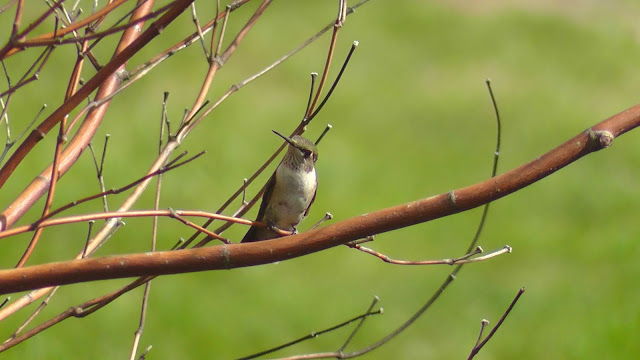 Don't worry, we have another feeder just a few yards away and Mr. Bossy doesn't seem to care about that one so at least the other hummingbirds - there are at least three of them - can eat. 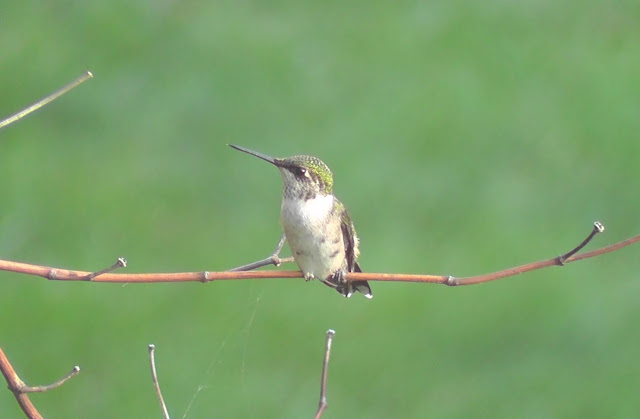 I guess I can't really be sure these are all the same bird, but if not, there are several who think they own the place. 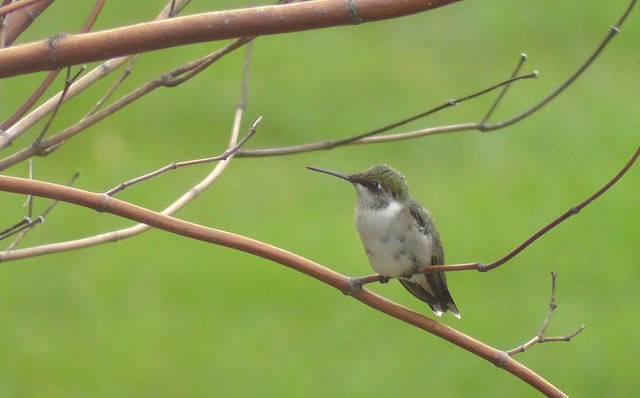 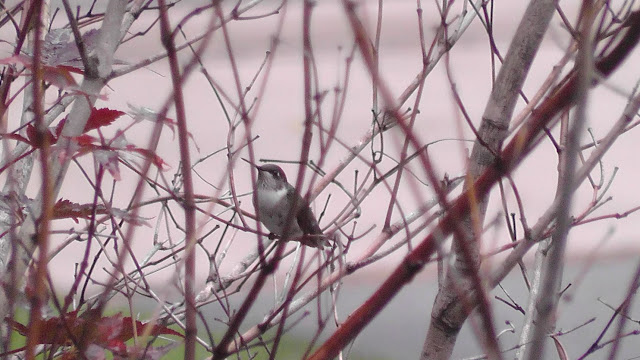 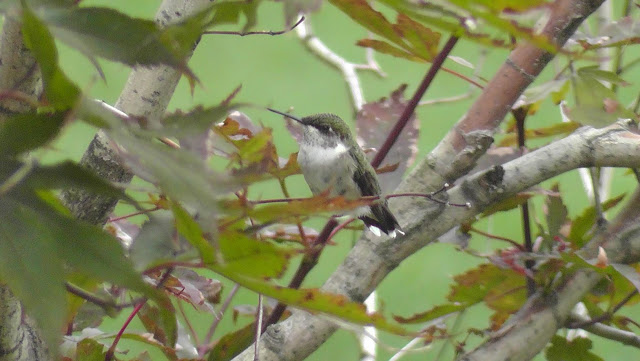 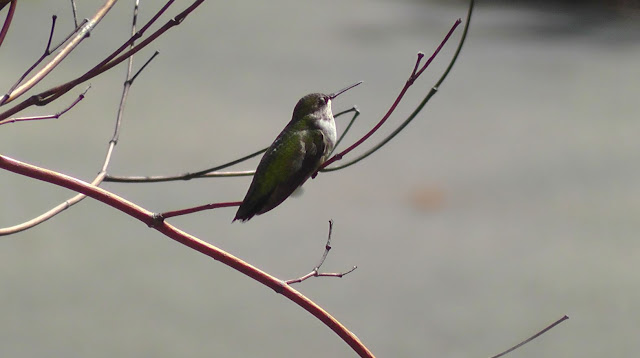 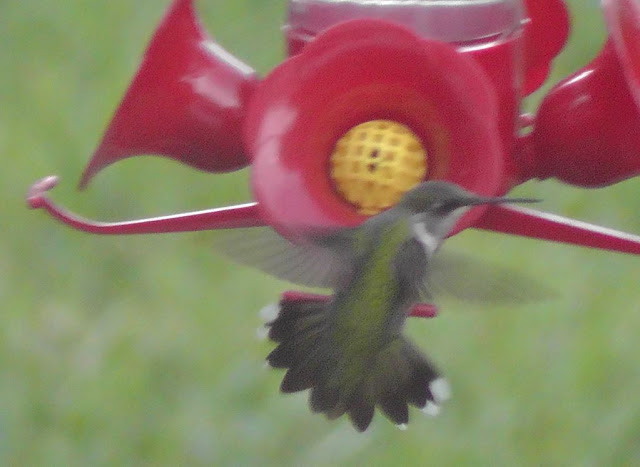