When Soren was small, he would frequently climb in bed with Jeff and me in the middle of the night.  He would snuggle right up next to me and squeeze my arm.  He called it my "squishy arm" and would hold on above my elbow with both hands and pump it like a heartbeat.  It was like his security blanket.  (Please, no fat arm jokes.  I think most people probably have squishy arms when at rest -- at least that's what I'd like to go on believing.)

For some reason, Soren has climbed in our bed again several times over the last couple of weeks.  He's a wiggle and he migrates further and further over to my side which means I have precious little space by morning, not to mention the fact that his feet are in Jeff's back all night.  I finally told him that I think he's getting too big and he needs stay in his own bed.

But when he showed up last night with the sweetest little, "Mom, I just wish I could snuggle with you for a bit," it melted my heart.  I thought to myself, he's getting too big for this, but then I realized that soon he'll actually be too big for this.  So I pulled him in knowing that I'll miss this someday.  He grabbed my arm and we both immediately fell asleep.

All was fine until 4:30 when I woke with an arm in my face.  I put the arm down only to have it back in my face within seconds.  Again I put it down and again it was in my face.  I rolled over to my side and he immediately rolled into my back so I couldn't move and I was left with about 6" of mattress.  And I chuckled to myself as I thought, Good feeling's gone!  (But I still love you, buddy!) 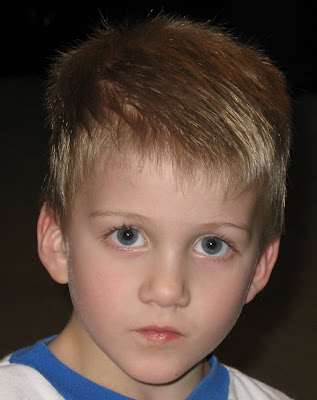 I had no less than five fat arm jokes come to mind until your request for only nice comments disarmed (ha!) me.

Oh, Missy - I love your blog! I also have a little one who is sleeping with me (he is four) and I just keep thinking this won't last forever, so I'm gonna enjoy it while I can!