Wouldn't you know, it turns out that Jeff doesn't mind being called at work in the middle of the day to learn that I've locked my keys in the car.   In my defense, it's the first time this has happened in our almost 16 years of marriage.  Did I get a lecture?  No.  Did he give a long sigh on the other end of the phone and make me feel like this was a huge inconvenience?  Nope.  Did he hop on his bike, because he almost always rides his bike to work, and haul across town to bail me out?  Yep!  (Did I hurry and buy him one of his favorite treats to show him how sorry I was?  Of course!)  I was checking out at the store when I realized my mistake.  I called him and within ten minutes he had the car unlocked and we were both on our way.  I've said it before and I'll say it again, this Jeff is a keeper! 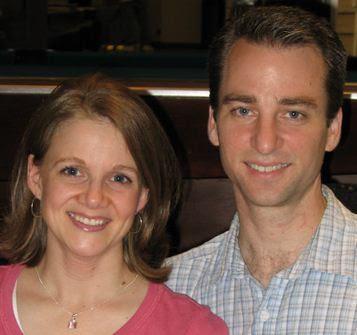 that is so sweet!