The Dunk Tank and a Good Game

Jeff is a pretty good sport! One of his students asked him if he'd volunteer some time in a dunk tank to raise money for charity during a campus event. The day was pretty chilly, but Jeff suited up and endured the cold, eventually getting dunked 4 times during his 15-minute time slot. 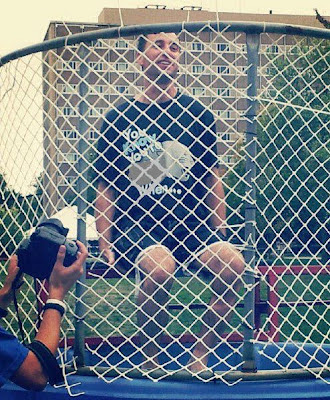 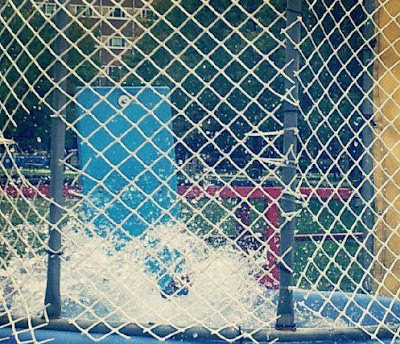 The next day, Jeff, as a member of the faculty senate, was invited to bring a guest to the football game and enjoy a pre-game meal in the President's tailgate tent. Sadie went as his date and they had a great time. The game got pretty tense at the end, ultimately going into overtime. The other team had first possession and scored a touchdown with the extra point. When it was our turn, we squeaked out a touchdown on a fourth down. Then we decided to go for a 2-point conversion and the win instead of the extra point and a double overtime. It was so close! Fortunately, our guy was there and managed to catch the pass and land with one foot in the endzone just before he stepped out of bounds. Yes!! 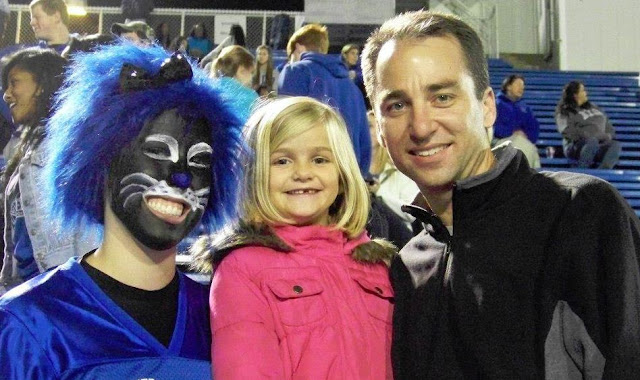 What a great date night!!!