Mormon Night at the Cardinals Game

We attended the 2nd annual Mormon Night at the Cardinals on Tuesday night. I heard there were over 3,000 people attending from the 8 stakes in the surrounding area. By surrounding area, I mean within about 3 hours or so. We had a 2 1/2 hour drive there and back which made for a pretty late night. 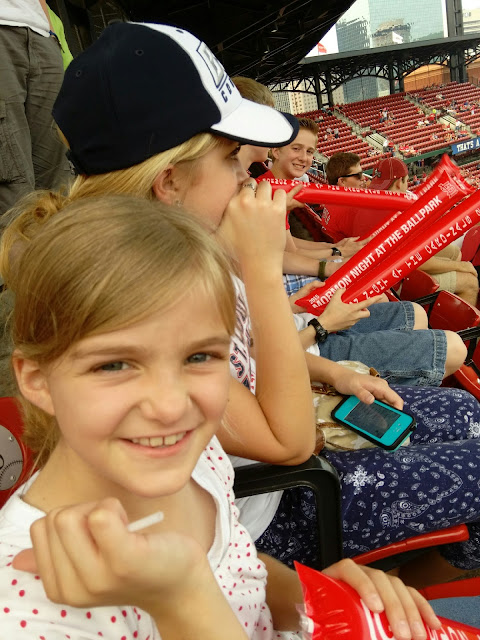 Jeff and the boys snuck away from Scout camp to attend the game. I think they were just happy to shower and sleep in their own beds for the night, even if it was a pretty short night by the time we arrived home at 1:30 a.m!


Jeff was on the field with the other 7 stake presidents as our area authority threw out a pitch. The game went into extra innings. The score was 1-1 until the White Sox scored a home run at the top of the 11th inning. Despite our best efforts, we couldn't match it so the game ended 2-1. Despite the loss, it was a fun night!
Posted by missy at 10:40 PM