My sixth great grandfather was Ute Perkins. He moved to Illinois in the late 1830's, joined the Church of Jesus Christ of Latter-day Saints when missionaries came through his town and welcomed many of the Saints to Perkins Settlement when they were driven out of Missouri shortly after that. Ute and his wife, Sarah, were the first permanent white settlers in the area. Perkins Settlement had other names over the years including Ramus* and Macedonia. When the Saints were driven out of Illinois, the name was changed to Webster and remains so today.

I knew Ute and Sarah were buried in Webster Cemetery and I knew that it wasn't far from Carthage (10-15 miles) so I really wanted to see if we could find his grave. The problem was, neither our GPS nor Jeff's phone knew of Webster. It was like it didn't exist.

Fortunately, we had a map of Old Nauvoo that showed the land as it was in the 1840's. Everything was laid out in 1 mile blocks. According to the map, "Ramus" was 8 miles north and 3 miles east of Carthage. So after our Carthage tour, we started driving north. Just before we'd gone 8 miles, a road sign said "Webster" with an arrow to turn left (east). After winding around a bit, we drove right to little Webster, Illinois. 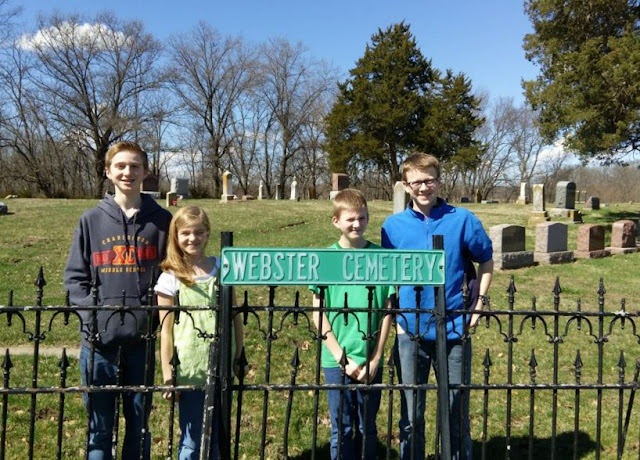 The cemetery was tucked away amidst fields and farms. Fortunately, Webster is very small so it didn't take us long to find it. We quickly located Ute and Sarah's grave marker, took pictures, and then explored the cemetery for a few minutes before heading for home.

This was a great end to our Spring Break. The drive home was beautiful with huge "Toy Story" clouds (big fluffy ones with flat bottoms) and wide open spaces. 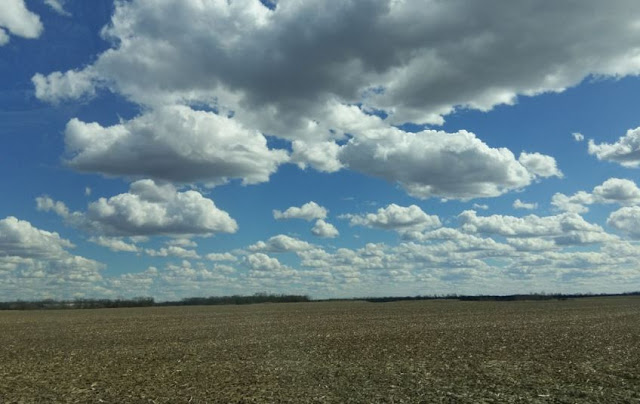 Our Spring Break getaway was exactly what we needed.

*Some fun trivia for members of the LDS church - two revelations in the Doctrine and Covenants were received in Ramus, Illinois: Sections 130 and 131.
Posted by missy at 9:48 PM

Whose side does Ute Perkins come from?