Shrek is over and done. Weeks of rehearsal culminated in four amazing shows! All three evening performances sold out. Despite the consistent quality of CHS musicals, that is unheard of! I've heard different reports on whether or not the matinee sold out as well. If it didn't, it was close. There is so much talent in our little corner of the world!

Spencer enjoyed his participation in the show and was a big hit as Pinocchio. His voice was perfect and his growing prosthetic nose brought many laughs. It's always sad to see it end, but this show will be long remembered.

I took this photo closing night after the final curtain when the cast was out greeting the audience in the hallway. What a great group of friends! 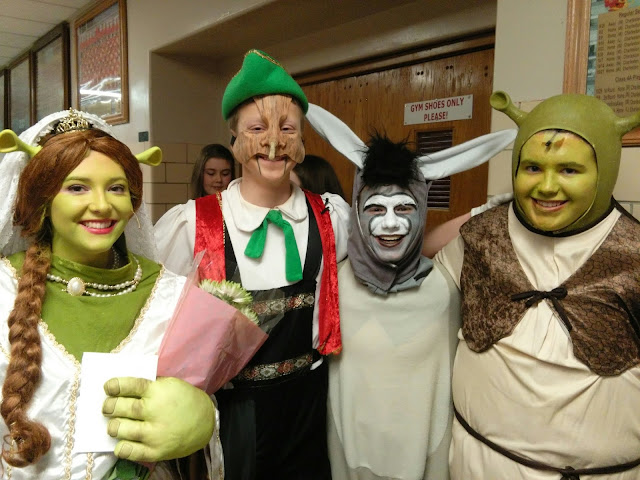 Looks so fun! Bring the video in June. Maybe we can watch it in Steve's theater room.