Today is Pioneer Day, a state holiday in Utah commemorating the arrival of the first Mormon pioneers to the Salt Lake Valley in 1847. I grew up in Utah and always loved attending the big parade in Salt Lake and the fireworks that night.

Thomas Moulton's wife died in 1839 just before their daughter, Sarah, turned two years old. Thomas remarried a woman, also named Sarah, and they had many more children. Several years later, they joined the Church of Jesus Christ of Latter-day Saints and eventually left England to be with the main body of the Saints in Utah.

Thomas' wife, Sarah, was expecting their 8th child when they were preparing to leave England. Thomas was worried about the journey, but Sarah was determined to leave as planned. She received a blessing before their journey began in which she was promised that no one in the family would die before they reached their destination. The baby she was carrying was born on the ship en route to America.

Once they reached Iowa City, Iowa, they traveled the rest of the way with the Willie handcart company. Because the handcart company left later in the season than planned and due to early winter storms and other hardships, it was a perilous journey. When Brigham Young received word that there were still handcart pioneers on the trail, stranded and out of supplies, he sent rescue companies to bring them home.

Ultimately, as promised, all 10 members of the Moulton family made it safely to the Salt Lake Valley. Sarah, Thomas and Sarah's 19-year old daughter, later married her rescuer, John Bennett Hawkins. They are my great great grandparents.

(Click here to read a more in-depth version of this story.) 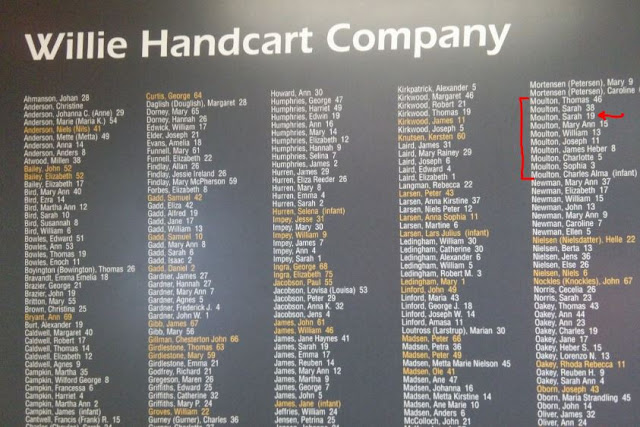 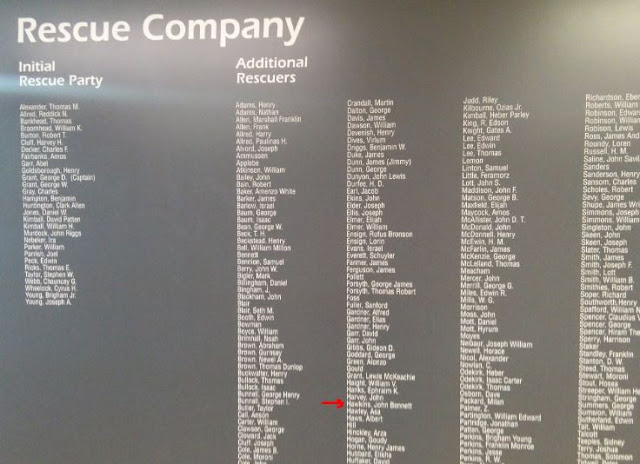 Sweet! Welcome to the family. :)