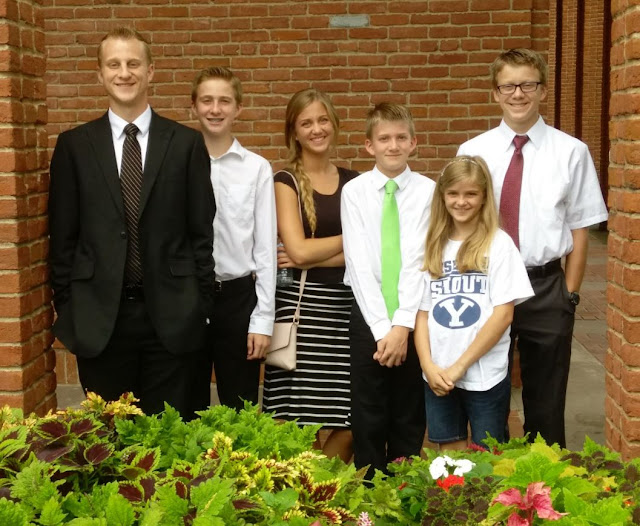 One of the highlights of our week at the lake house was an afternoon and evening in Nauvoo (August 2). It worked out well because it was a rainy day so we couldn't be out on the water anyway. 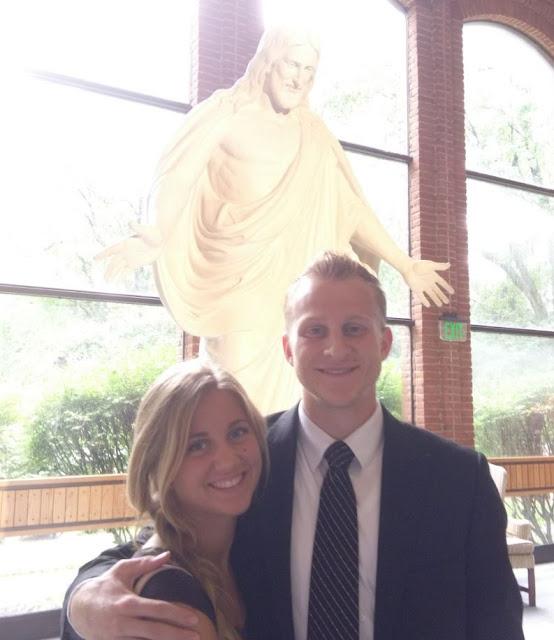 We started out at the Visitors' Center where we walked around the beautiful grounds. The kids had fun posing like several of the statues. (The first one cracks me up...) 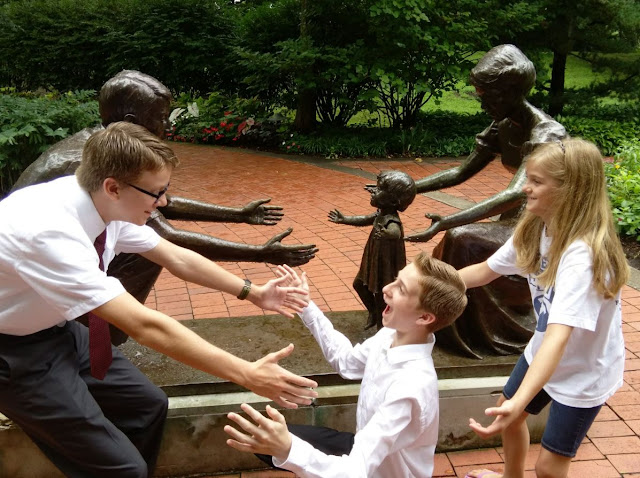 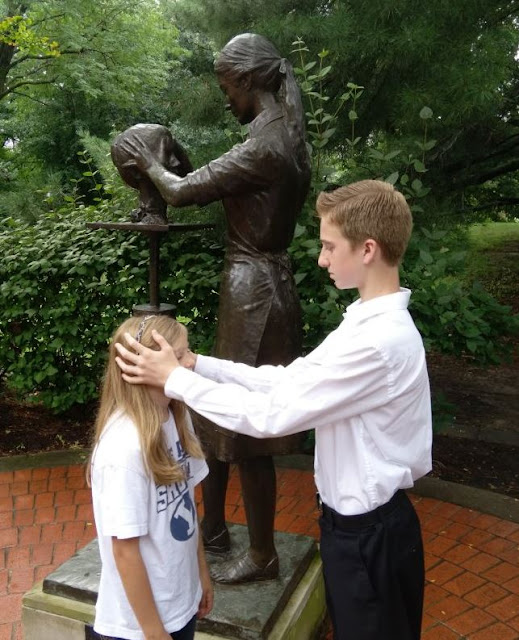 We were lucky enough to be there for a showing of "The Promise" which is a short musical put on by the young performing church-service missionaries who come to Nauvoo for the summer. It was excellent! Afterward, we got to meet some of the cast and one of them, Elder DeWitt, was from Mesa which made our newbie RM pretty happy! :) 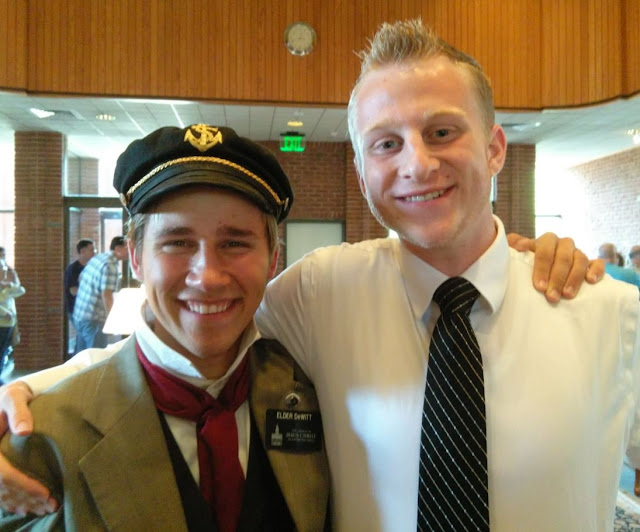 Following the performance, Jeff took the older kids to the Nauvoo temple. They had a great experience there while Sadie and I drove around and visited some of the historical sites. 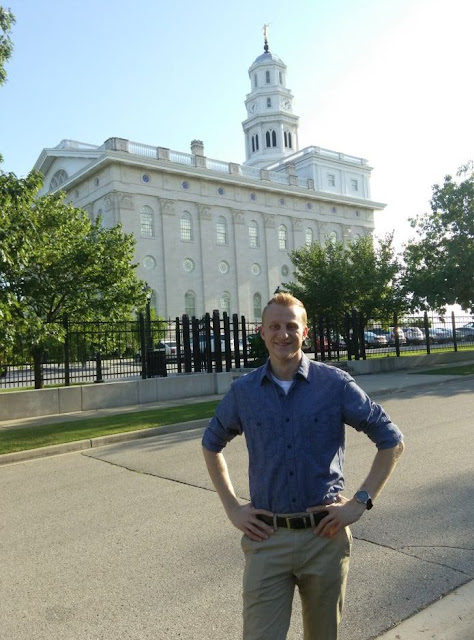 Sadie found out at the Pioneer Pastimes Center that stilt walking is a lot harder than it looks... 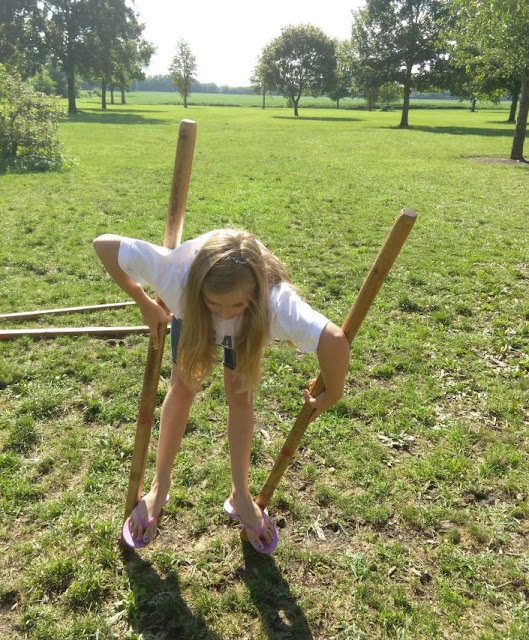 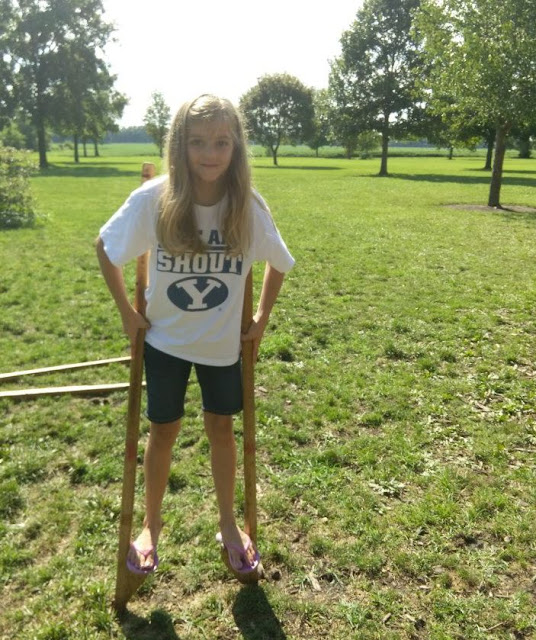 Once we were reunited with the rest of the family, we drove across the river to Fort Madison, Iowa for some dinner then right back to Nauvoo for the highlight of our day -- BYU Vocal Point!! We were so excited when we realized that our lake house trip coincided with Vocal Point's Nauvoo tour. We are huge fans!

Vocal Point sang several songs we know and love plus a couple we hadn't heard before. My two favorite songs of the night were "Nearer My God to Thee," and "Newsies Medley." Ah, I love those!! The concert was so, so good!! One of the kids' favorite parts was when Matt, the beatboxer, showed off his skills. It was very cool!  Another favorite part was meeting the group after the performance. They are just all around nice guys who put on a pretty great show!