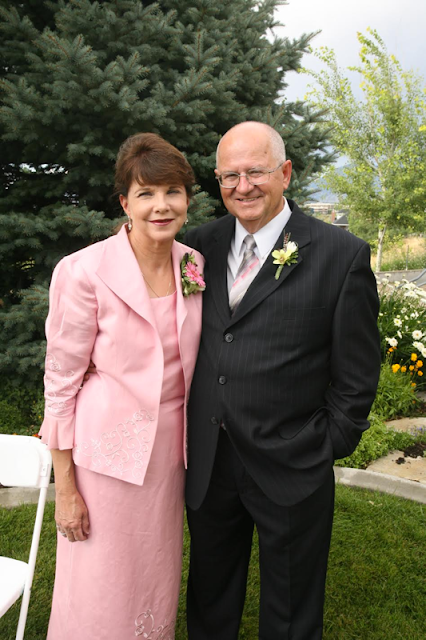 Before my dad passed away, he was involved in making many of the arrangements for his funeral and burial. One of his requests was that each of his kids would speak for five minutes at his funeral. This was a heavy task for many of us. How could I sum up his legacy in just five minutes? How would I be able to talk through my tears?

In the end, I was grateful for the assignment - not only because I was able to pay tribute to my amazing dad, but also because I was able to hear about him from the perspective of each of my siblings. We each focused on something different and, having grown up as the second oldest child, I learned things about my dad that weren't necessarily a part of my experience. Again, we laughed and we cried, but overwhelmingly, we expressed gratitude for our dad and the wonderful man and father that he was.


For what it's worth, here are my five minutes...

My Dad was no stranger to hard times. He lost his Mom when he was 21. His youngest brother was killed ten years later in what was called an automobile homicide. His Dad passed away a year later from cancer.

He suffered financial setbacks, like when he got a second mortgage on his home to loan his best friend $30,000. His friend never did pay him back but somehow the friendship survived. Years later, while working as a stock broker, Dad was sued for 3 million dollars. His brokerage license was eventually reinstated as they could find no evidence of wrongdoing on his part, but by then he’d moved onto other jobs to support his family and to pay for the $20,000 in legal fees. He was never the type to sit around collecting food stamps.

As we all know, Dad didn’t escape health problems. Most of his teeth were knocked out in a car accident shortly before his marriage. He was diagnosed with colon cancer in 2003. When Dad called to tell me this news, he said “Everyone should be given a chance like this to look at their life through this lens.” When they found out the cancer had spread to his lymph nodes, Dad didn’t change his tune. He said, “I’ll treat this to a point, but I’m not going to jump through hoops to spare my life. I don’t fear death.” After all was said and done, he said he felt better than he had in 20 years.

Despite many trials and setbacks, Dad has always been an optimist. He always saw the glass as half full. More than once I’ve heard him say, “I refuse to worry about this.” On the other hand, I’ve heard my Mom say, “Dad refuses to worry about this so I have to do all the worrying for both of us!” While growing up I remember thinking Dad would be really upset about something only to find his “no sweat” attitude shining through. Take for instance the time I was driving his little car around and noticed some smoke coming out of the hood. In my limited understanding of cars, I passed it off as steam from the snow that was melting on the car. However, when I got home and walked to the front of the car, I saw that the front grille was covered with black oil. I was scared as I walked in the house and said, “Dad, there’s something wrong with the car.” He followed me out, saw the oil, popped the hood, and calmly said, “It looks like we’ve lost the oil cap. No biggie. I’ll take care of it.” And that was the end of it.

My dad and I both owned shares of the same stock. Once I called to ask his opinion when it dropped in price. His response was, “It’s on sale! I just bought more!”

Part of Dad’s optimism was a great sense of humor that took me several years to appreciate. My siblings and I were not allowed to date until we were 16. About the time my older sister turned 16, there was a rumor that if you wanted to ask her out, you had to have an interview with my Dad. One brave young man, accepting this rumor as truth, called and asked Dad when he could come for his interview. Dad, happy to humor him and torture his daughters, invited him over. My sister and I were horrified and I imagined how miserable I’d be throughout my dateless life! Following the date, my sister informed Dad that he would never do that again. And he didn’t. After that, what usually happened is that Dad would just chat with our date when they came to pick us up. They never knew they were being interviewed and I remember comments like, “Your Dad is cool!” as we left the house.

Then there was the time that I was riding shotgun with my dad in his 1961 Ford Econoline van. Embarrassed by the van, I ducked as we drove past someone I knew. Insisting I had offended his van, dad pulled over and wouldn’t leave until I apologized and kissed the steering wheel.

I’ve always been a Daddy’s girl. A few weeks before I got married, dad encouraged me to invite my fiancé, Jeff, to spend the night at our house the night before our wedding so I could ride with him to the temple the next morning. I extended the invitation, but as the wedding date approached, I started having second thoughts. After all, I would not be coming back home after the wedding. I would be Jeff’s. While I love Jeff and didn’t have reservations about marrying him, I decided I really wanted to ride to the temple with my dad. So the day before our wedding, I uninvited Jeff. I found out after we were married that Jeff was pacing the streets of Salt Lake at 4:00 in the morning the day of our wedding worried that I wouldn’t show up. I showed up and I’ve been happily married to Jeff for over 21 years, but I’ll always be a daddy’s girl.

More than anything else, Dad has always loved his family and loved having them around him. I remember the time I was living in Columbus, Ohio with my young family. Dad had a business trip 3 ½ hours away from us. As soon as he got off the plane, he drove the 3 ½ hours to see us, spent the night, then drove the 3 ½ hours back in the morning. To him this 7-hour detour was no big deal. He just wanted to see his grandkids. Then there was the time we flew from Columbus to Utah without telling Dad we were coming. My sister arranged a family gathering at her house. When Dad arrived and saw that everyone was there, he cried and said it was the best surprise he’d ever had. Twice while I’ve lived in Illinois, my dad rerouted business trips so that he could show up at Grandparent’s day at the elementary school. My kids have always known, without question, how much their Grandpa loved them! Last Thanksgiving, realizing that my parents and all of my siblings would be together in Utah, my family decided to drive from Illinois to, once again, surprise my parents. My dad said he would never forget that special surprise. I count that trip as a tender mercy from the Lord as it allowed us more time together during what we didn’t realize would be the last year of dad’s life.

I’ve learned so many lessons from my dad over the course of my life such as:

I could go on, but I hope that through these memories, I’ve been able to communicate my gratitude for the privilege of being raised by this great man. My dad had a great respect and love for his maternal grandfather. I can say the same of my dad as was said of his beloved grandpa by one of his sons: “To have such a person as a father doubles a person’s responsibility to make a success of his life. Not financially, not in the worldly things, but in the ways that really count: spiritually, morally and religiously. All the good things I have I owe to my parents.”

I love you, dad. I’ll miss hearing your voice say, “How ya doin’, baby?” when I answer the phone. I’m not sure how I will live without you, but I hope I can make you proud. And I can’t wait to see you again.


(If you are interested in hearing the rest of the funeral, a recording can be found here. Scroll to the end of the obituary and push play on the "recording of service." It's long, but it was really beautiful. ;) 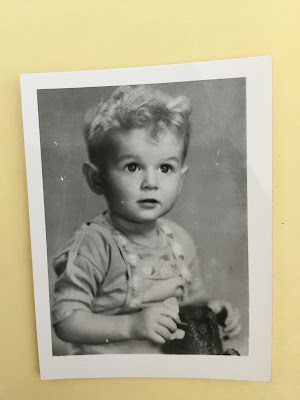 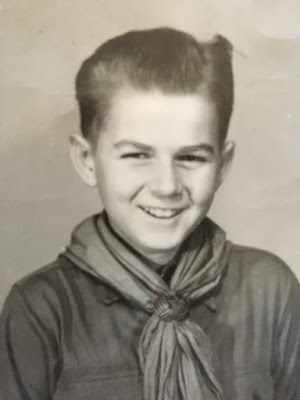 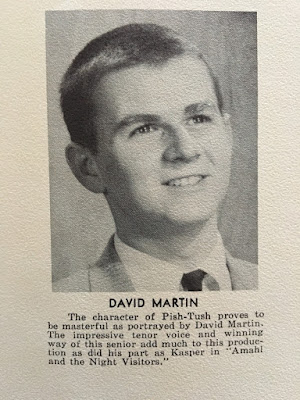 {Happy Thanksgiving. As you can see, I have so much to be grateful for!}

Beautiful post. I am so grateful you have had a wonderful dad in your life!

Beautifully done! I am glad to get a copy of you funeral talk.

Who is on the top left in the pic, and what is the occasion?

I see your dad in Sterling. What a tender tribute to a great dad.

i am so sorry for your loss. He sounds like a wonderful man! What an adorable baby he was! A handsome and amazing man with wonderful children...at least the two i know. You and Dave Junior.