We've had a great week! Sam and Savannah were home from BYU for a few days (they haven't been home since January!) and it was so good having the whole family together. It's going to be a while before that happens again. With Spencer leaving for the Idaho Idaho Falls Mission next month, December 2019 is the next logical time we'll be together. That made it pretty hard to say goodbye to Sam and Savannah yesterday, but all the good things we have to look forward to made it a little more bearable. 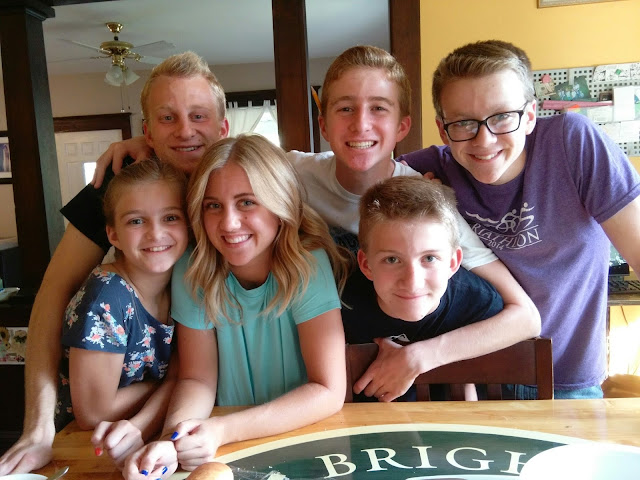 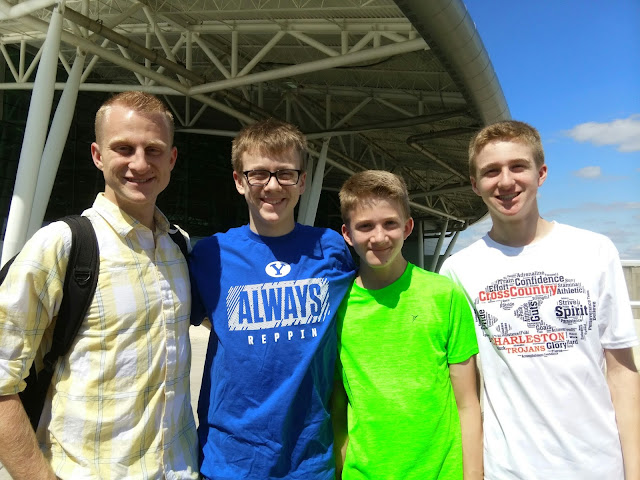 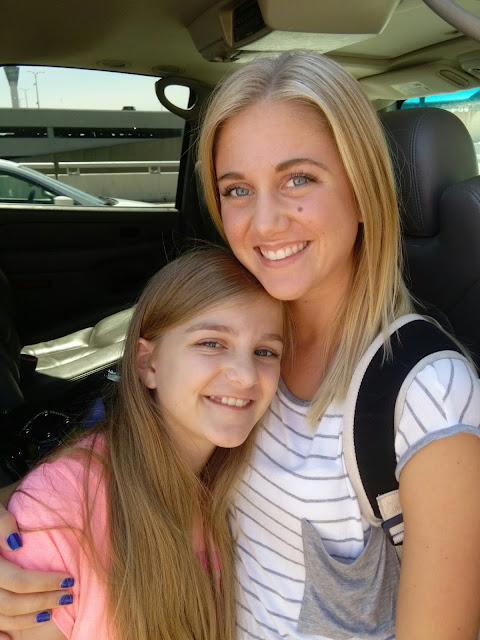 Spencer's had quite a week and it was so nice that Sam and Savannah could be a part of it. On Tuesday night, Spencer received his Eagle Scout award. Many friends and ward members attended the Court of Honor and it was a nice event to celebrate Spencer's long-awaited achievement. He's really enjoyed his time in Scouting and has been a great mentor to his younger brothers and the other boys in the troop. He'll definitely be missed!

On Thursday, Spencer went through the temple for the first time. We headed out super early that morning to head to St. Louis. It was a beautiful drive and a beautiful day. I was so happy that Sam and Savannah were able to be there, too. 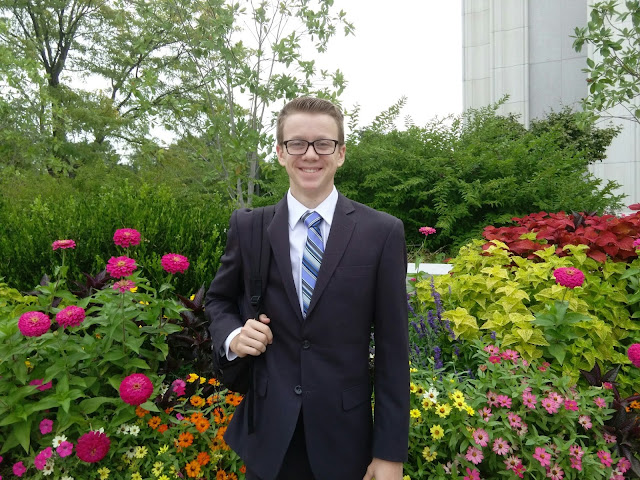 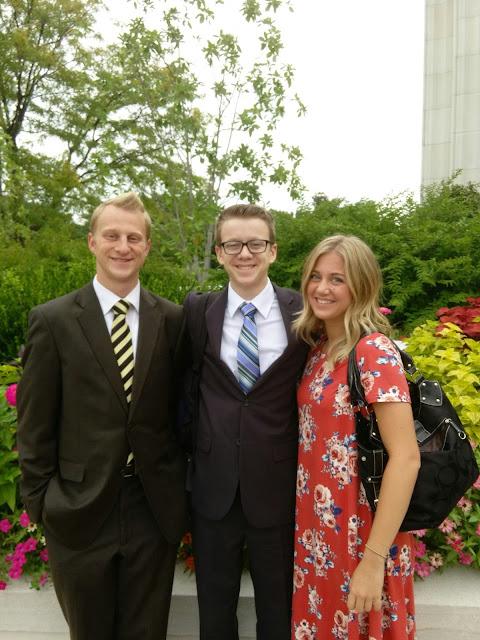 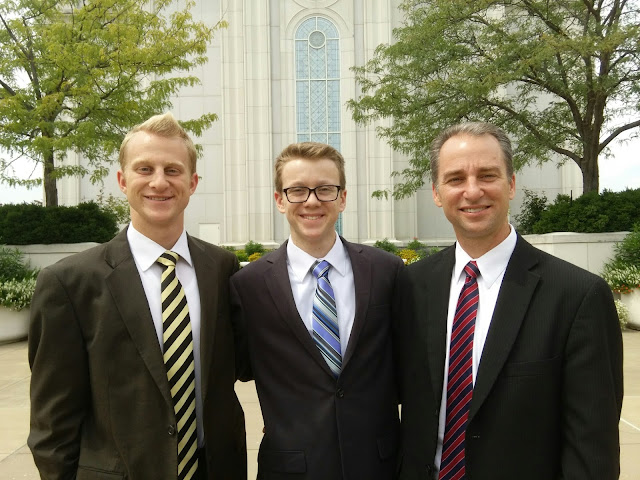 BYU starts on Tuesday. Spencer reports for his mission on October 4. Onward and upward!
Posted by missy at 3:33 PM

which temple did he go through?

St. Louis! Our temple, Indianapolis, was closed for cleaning.

Thanks for the pic of the kids. I'll use this for my grandchildren collage for Widow's Group on Saturday.