Saying Goodbye: It Doesn't Get Any Easier

Spencer reported to the Missionary Training Center in Provo, Utah this afternoon. His two-years of missionary service has officially begun.

I'm so happy for him! We've wanted him to have this opportunity and experience, literally, since he was born. That's what makes the pain of separation so ironic. We wanted him to go, but wish he could stay here forever. Yeah, it doesn't really make sense. But I felt the same way when Sam left for his mission and again when I dropped Savannah, then Sam, off at college. It's hard to let go, but it's in the going that they learn and grow and become.

Spencer flew out yesterday, but before we left for the airport he had to get in just a little more of his favorite game... 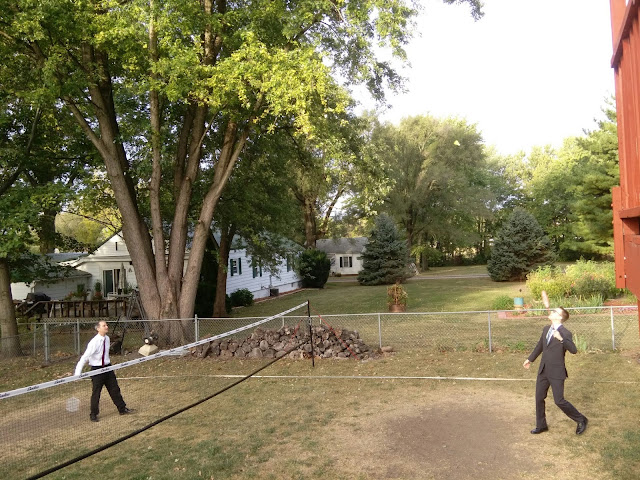 We've played a ton of badminton over the last 5 months as is evident by the dirt patches on the court. Spencer is the man to beat. Even in their suits, Spencer and Jeff couldn't resist one last opportunity to play. Now we all have two years to get good enough to beat Spencer when he gets home. ;) 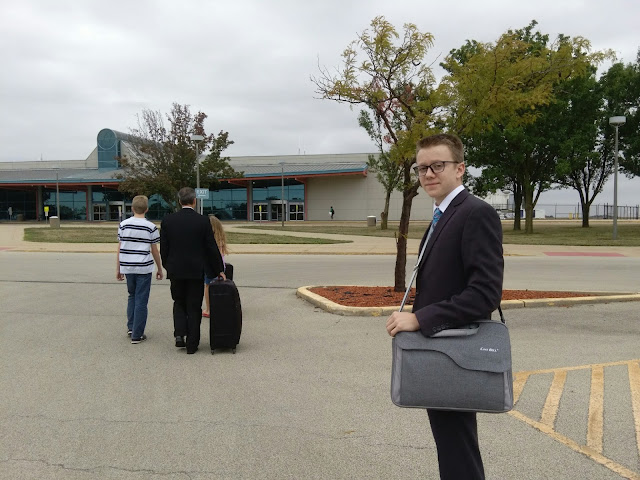 Spencer had a one-hour layover in Chicago which turned into a 4-hour layover. I, of course, was worried about him because...well, because I'm his mother. Mercifully, a member of the church from Utah who happened to be at the same gate as Spencer texted me and we were able to communicate briefly so Spencer knew we were all aware of his delay (especially those waiting for him in Utah) and I knew he was doing well. We were all super happy when he finally reached the ground in Utah.

He stayed with my brother, Rob, last night and they went to lunch with Sam and Savannah before reporting to the MTC. He called me for one last tearful goodbye after lunch. The tears were mostly mine. Spencer didn't break down until he said goodbye. 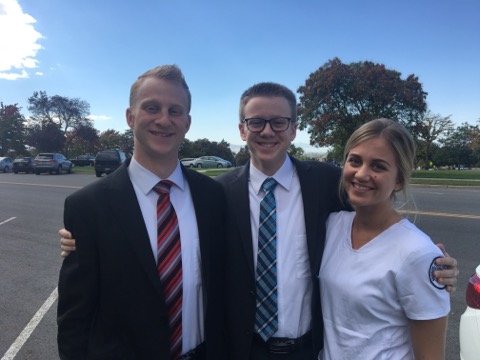 Within thirty minutes of his arrival at the MTC, Spencer sent me a super quick e-mail. He said, "I know I'm doing the right thing," and also mentioned that his district (the other missionaries he would be in classes with) was "crazy awesome." Those are words to calm a mother's heart.

Spencer is ready. He knows how to work, and he's easy to get along with. He has a strong testimony of the Savior and His Atoning Sacrifice.

congrats to him! one of my nephews has been in New York for about 3 months and another just passed his year mark today.