Our high school definitely has its flaws, but the spring musical isn't one of them. We have such an amazing group of talented kids in this area, not to mention a fabulous director, a demanding musical coach, and a choreographer who knows his stuff. We all look forward to the musical each year and we've never been disappointed. (I wrote about last year's musical here.)

This year's show is Honk! which is a musical adaptation of The Ugly Duckling. Never heard of it? Neither had we, but now that Sam and Savannah are familiar with the script, they have assured us that it's clever and funny. We can't wait!

The director called me in last week and asked if I would make one of the props. Apparently there is an Admiral Goose who is always getting lost and carries a big map around with him. I was asked to make the map. My instructions were to make one map and then make another map exactly like it with bullet holes. (Yeah, we're anxious to see how that works into the play!) She gave me a couple of general ideas to get me started, but pretty much left it up to me.

Savannah told me some of the locations mentioned in the play and here's what I came up with initially: 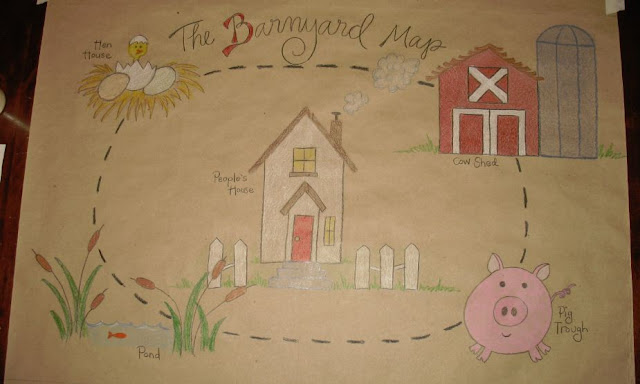 Excuse the glare and lighting. The map is pretty big: 30" wide and about 20" high. I made this and then made another exactly like it, but they looked too clean and new. So, with director's approval, we roughed them up a bit, added the bullet holes to the 2nd one, and they ended up looking like this: 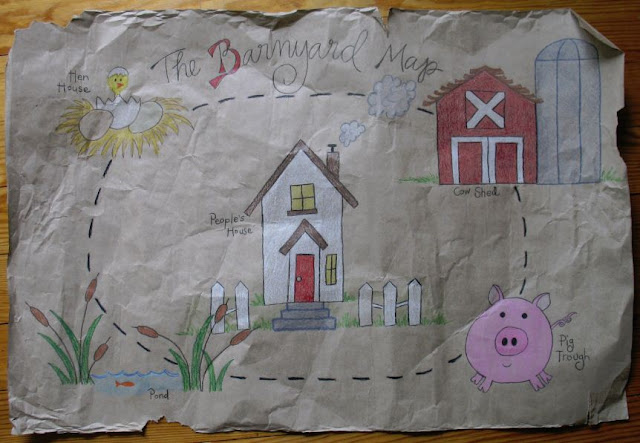 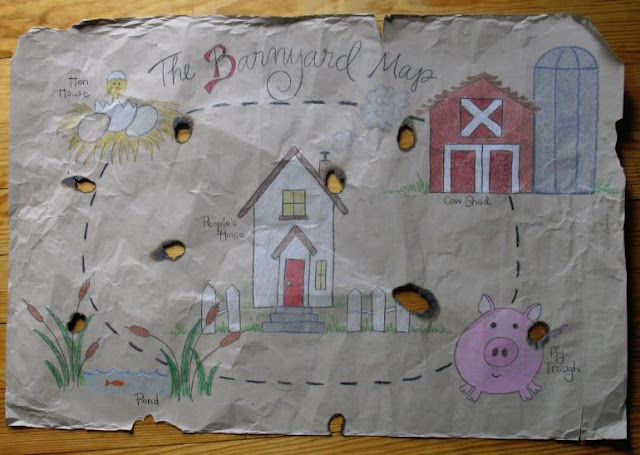 I dropped them off at rehearsal tonight and the director loved them! Hooray! Sam, who plays a Bullfrog, and Savannah, a domesticated house cat, have only two more weeks of rehearsal until the play. We're looking forward to it! :)
Posted by missy at 8:16 PM

Who got to shoot the MAP? It sounds like an fun musical!

Way to go! They look great. You'll have to report about the play. I LOVE musicals and I've never heard of it.

What talented kids you have!