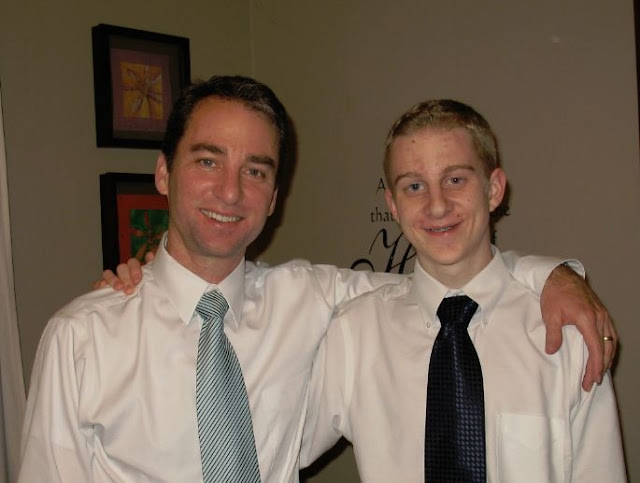 I am officially the mother of a 16 year old. I don't know how this happened. I swear Sam just started kindergarten a couple of years ago. But somehow he is suddenly a 16 year old, five-foot-nine sophomore who weighs 120 pounds soaking wet. 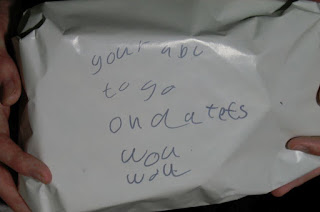 Sadie has been beside herself with excitement for Sam's big day. She's been reminding him daily how many days until he turns 16 and she's been more affectionate than usual, clinging to her "Sammy boy" as she talks about his upcoming birthday. She worried I hadn't bought any presents and so she made a list of things I could get for him including chapstick (Sam is always losing his), plants and pizza. She knows her brother! She helped me wrap presents and added little notes to each one. This one says, "your abl to go on datets wou wou."
[translation: "You're able to go on dates. Woo woo!"]


I love Sam for his sense of humor, his sharp intellect, and his desire to do what is right even when it's unpopular. He doesn't care what other people think about him, but he just goes about doing what he thinks he should. When Sam puts his mind to something, he is unstoppable. He loves plants, hanging out with his friends, reading, and eating. (Not necessarily in that order.) He says he loves sleeping, but I have yet to figure out how to get him to go to bed at night...

Happy Birthday, Sam! I hope this is your best year so far!

(Sam's big day was yesterday, but our internet decided to go out around noon and wasn't restored until about 8:00 this morning. The picture was taken last night after we got home from Sam's patriarchal blessing and then Jeff's setting apart as the new 2nd counselor in the Stake Presidency. On to new adventures!)
Posted by missy at 10:31 AM

I remember Sam just being little...now he's almost grown up! Sounds like you are in for lots of changes. Good luck to Jeff!

Happy birthday to your boy. Before you know it, you'll be bringing him to the MTC.

Oh, and good luck with the big changes in your life. Are they going to leave you in as YW president? That's a lot for one family.

I will have to start the list of girls for when you come to visit! WOO WOO!

Did I know his bday was April 1? Hmmm, that is Kelsey's bday also! Fun!