Jeff's fourth great grandma was Rebecca Burdick Winters. She passed away in 1852 during her westward journey with the Mormon pioneers. The historical marker shown below tells a little bit about her, including how the railroad was rerouted so that this pioneer mother's grave wouldn't be disturbed.

We stopped to see the tribute marker last summer on our way through Nebraska. It's located on a little sort-of-street off the beaten path, appropriately named "Rebecca Winters Drive." 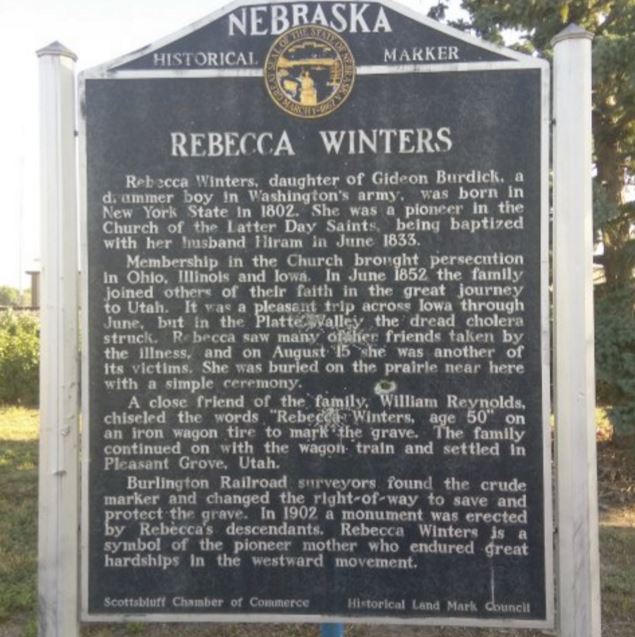 Rebecca's father, Gideon Burdick, was a 14-year old drummer boy in George Washington's Army during the American Revolution. Gideon also joined the Mormon church and settled in Illinois, but he passed away a few years before Rebecca and her family began their trek west. 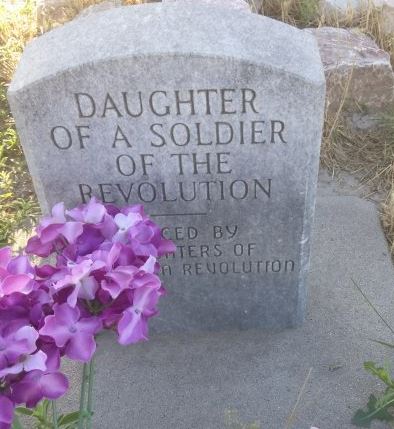 We've driven across Nebraska so many times, just plowing through on our way to Utah or Idaho. I'm glad we finally took the time to visit Rebecca's resting place. It was worth the trip. 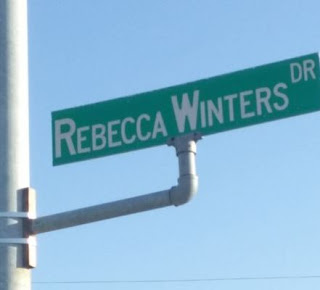 Wow! What an amazing tribute to her! I think she is very proud of all of you.

In our family, my parents joined the church when I was 3 so we are first time pioneers. A bit harder to do family history for us...also considering that my father is from Finland and i think they changed their last name every generation!

I hear you. Those Nordic countries change their surnames a lot! Have you been to Finland? I think you should take a big vacation, for research purposes of course. :) Need a traveling companion? 😇