Spencer and I have been getting up early to ride bikes before the heat of the day and before Jeff leaves for work.  We have a sweet bike trail about 3 blocks from our house that goes at least 10 miles in one direction (not that we've ever been that far...).  It's a beautiful ride!  Yesterday I brought the camera along so I could capture some of the things we see.  Sadie was up and wanted to join us so the three of us had a nice ride.  It was pretty stop-and-go because I took so many pictures, but we saw some cool stuff.  If you were to join us, here are some of the things you might see:

Just before getting on the trail, we pass the grain silos.  In a few months we'll have the big trucks driving down our street to drop off their harvests of corn and soybeans.  This is one of the landmarks we use to help people find our house: 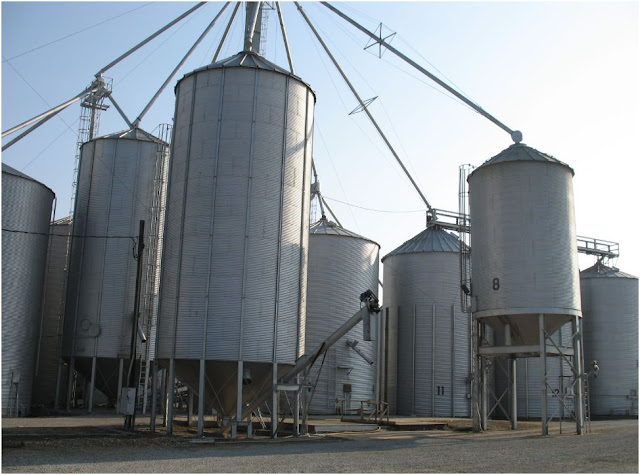 The old, abandoned Brown Shoe Company Building is one of the first things we come to on the trail. We have a lot of old factories up on our side of town.  Life in our little corner of the world sure must have been different back in the day when these factories were up and running. 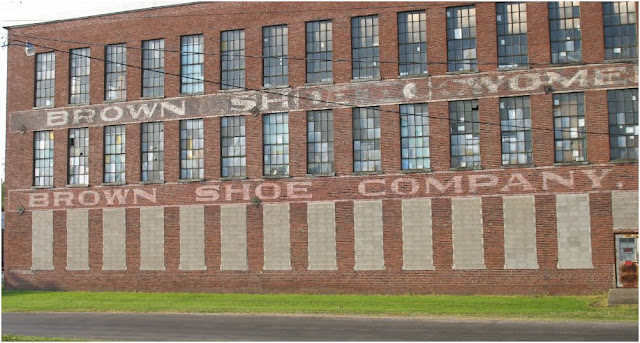 Here are my sidekicks heading off on the trail.  It's paved for maybe the first half mile. 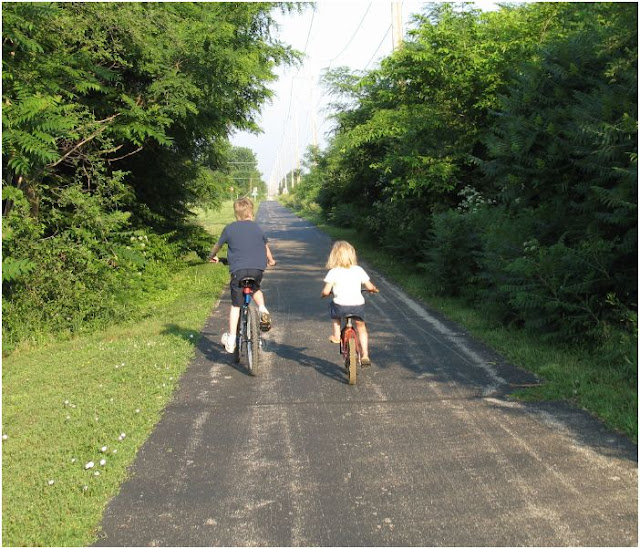 We always see wildlife.  Yesterday it was a turtle, three bunnies, and way too many cicadas!  At one point we saw something from a distance that resembled an otter or groundhog or something about that size.  He hurried into the brush before we could get a photo. 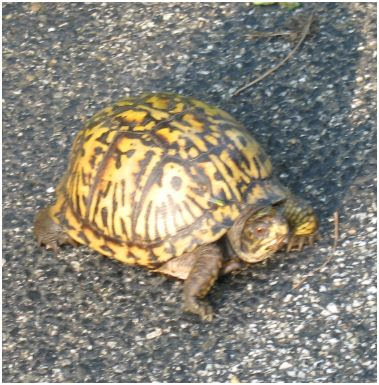 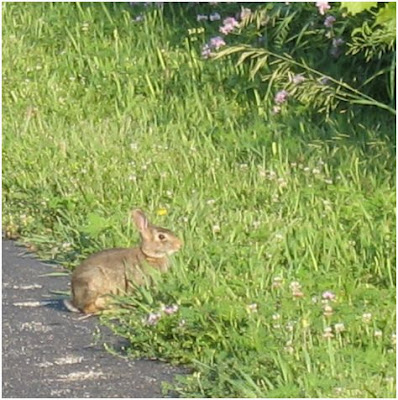 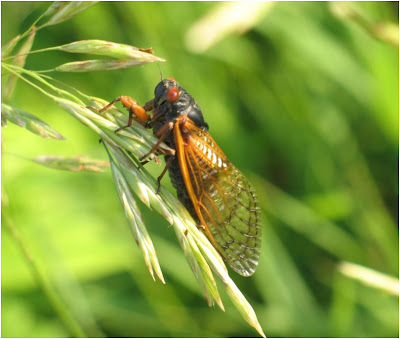 Check out this moth!  He is at least 4" across.  I wonder if the piece of straw/grass bent because of his size...  He was huge and very cool! 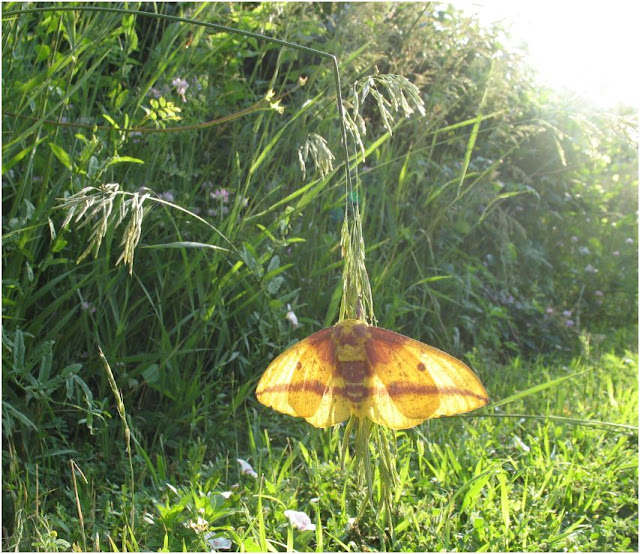 There are always pretty wildflowers and other flora along the way: 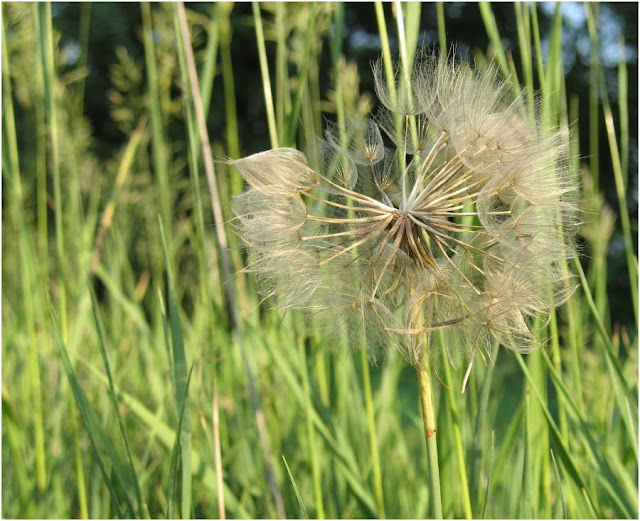 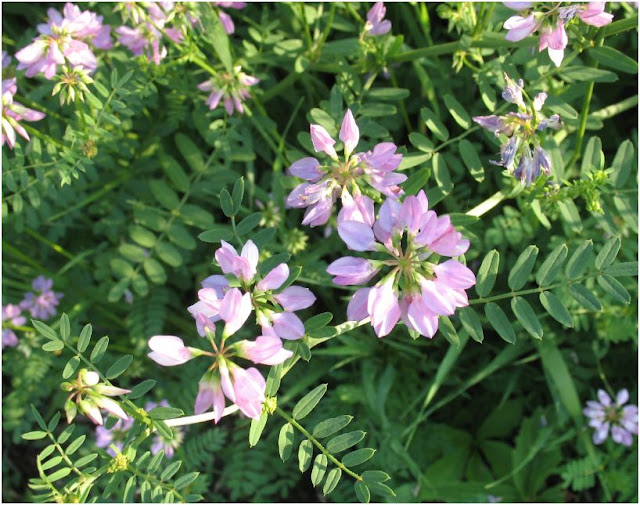 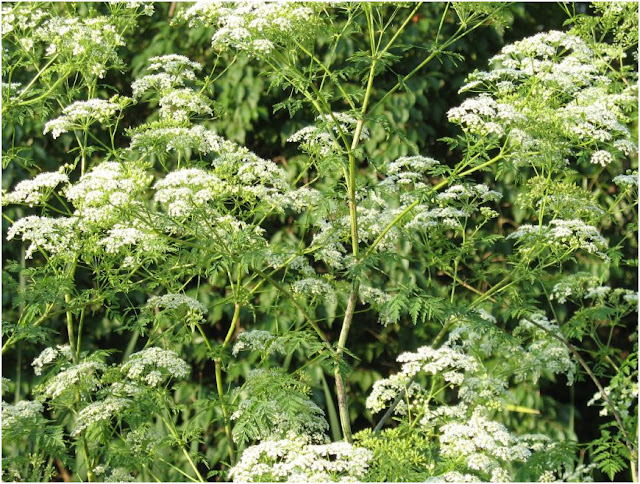 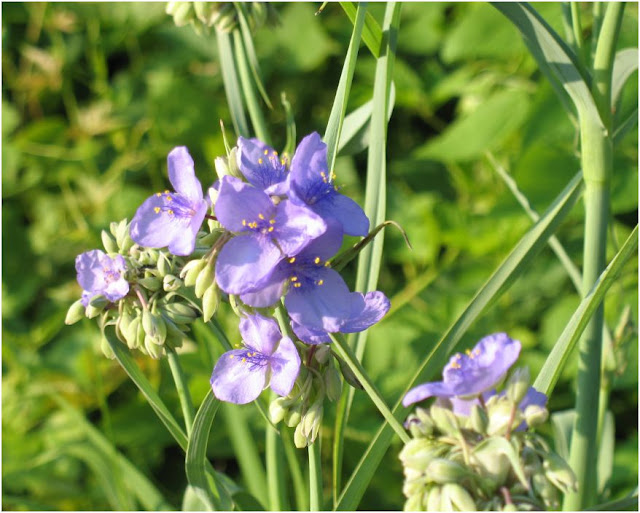 And more cicadas...  There were spots where they were pretty thick.  They are the reason Spencer refused to ride this morning.  One landed on Sadie's back which freaked her out until I told her that he was tired and just wanted a ride. This part of the trail is a little rough, but I like how it's framed in by the poles. 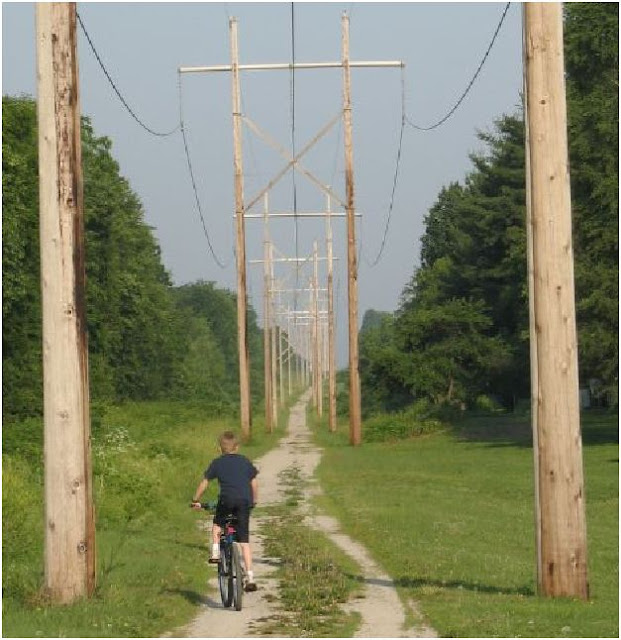 You can imagine how thrilled I was when, just as we turned around to start back, Sadie hopped off her bike and said she was walking home.  Seriously?  Fortunately she changed her mind about 30 seconds later.  Whew! 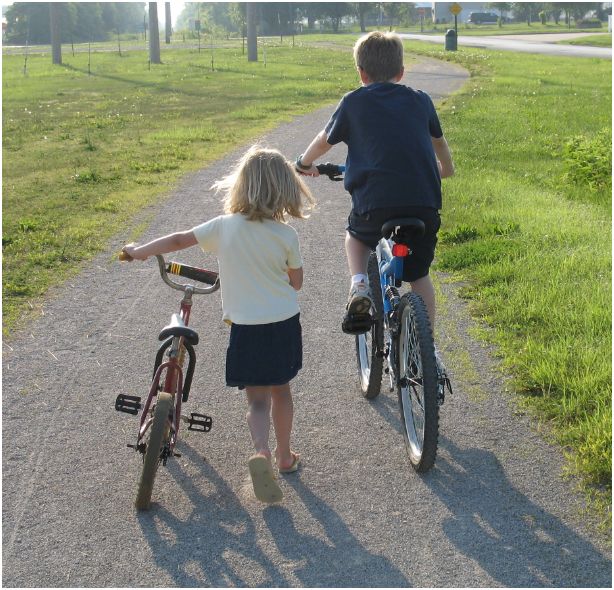 What a nice way to start the day!
Posted by missy at 5:58 PM

Very fun trail. though i have to say that a 4 inch moth does not thrill me! eek. ; )

I'd want to walk home too if my seat was bent like that...

Oh my goodness. That little road between the power lines is awesome.