Cupcakes and Other Gifts

Yesterday we celebrated Jeff's birthday as well as Father's Day.  I guess that's kind of like having a birthday on Christmas...it's hard to keep them separate.  We did our best and I made Jeff his favorite apple pie for his birthday "cake" and then I found this darling cupcake idea from Family Fun and we made these for his Father's Day treat.  (We used chocolate chip muffins instead of a brownie mix.)  They were a big hit! 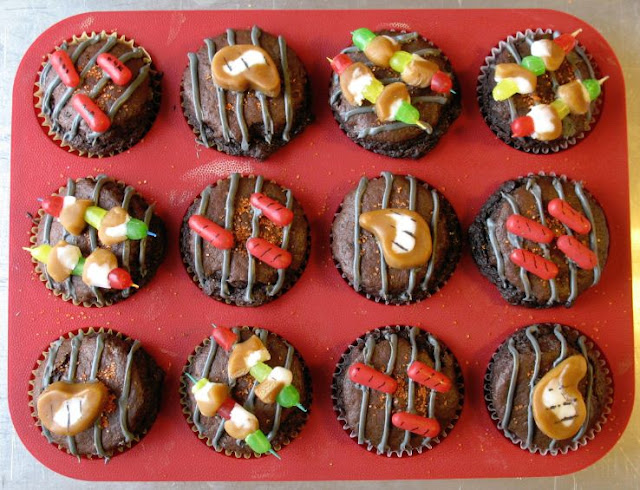 Little Sadie-bug went all out and gave daddy some pretty thoughtful gifts.  She wrapped up a few of her favorite girly toys and gave them to dad.

I think Sadie was pretty smart because then she convinced him to spend a good chunk of the afternoon with her as they built the Lego house together.  One of her favorite things in the world is having daddy all to herself!!  I can't say I blame her -- Jeff's a pretty great guy and I love spending time with him, too.  It was a great day!
Posted by missy at 4:27 PM

Elizabeth has been eyeing this cupcakes and wanting to make them. They turned out great!