Wak Upe and Tim To Go To Scooll

Sadie is an author.  She found this blank "Little Golden Book" sitting in our cupboard and she went right to work.  I'm pretty sure the little girl in the book is fictional.  At least I hope she is!  (To get the story 'Sadie style,' read everything in blue.  See below each for the translation.) 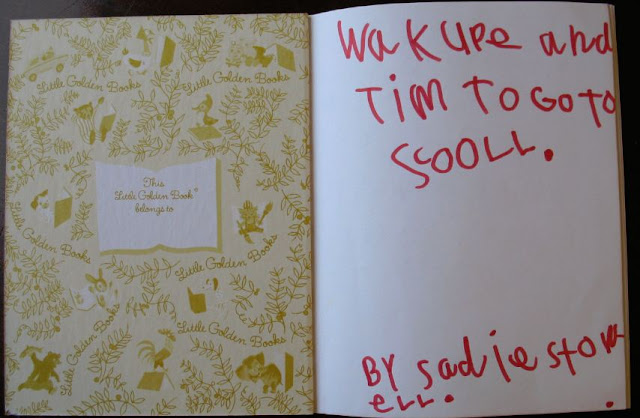 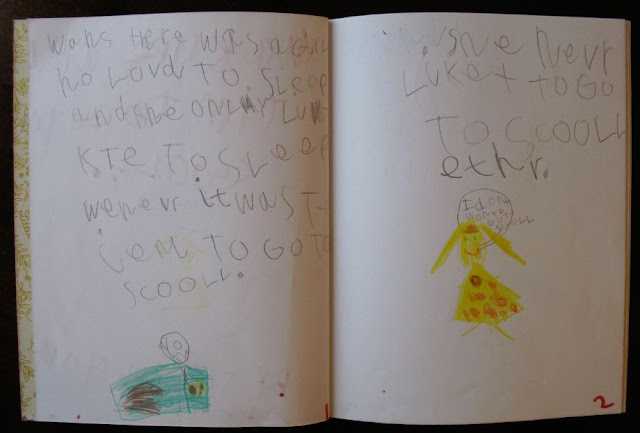 She didint like to do her wrek befor scooll. (No.)
She didn't like to do her work before school.  (No.)
At scooll she was rele bord.
At school she was really bored.
But at reeses she was not bord.
But at recess she was not bored.
She hadid math. (I hat math.)
She hated math.  (I hate math.)
She never likt to do homewrke. (I hat homwrke.)
She never liked to do homework.  (I hate homework.)
She never likt to do rednig ethr. (I hate rednig.)
She never liked to do reading either.  (I hate reading.)
But thar was u problum and the problum was evre time she wus dun with hr homewrke she had nuthig to do so she just wokt unrond the hase. (I hav nuthig to do.)
But there was a problem and the problem was every time she was done with her homework she had nothing to do so she just walked around the house.  (I have nothing to do.) 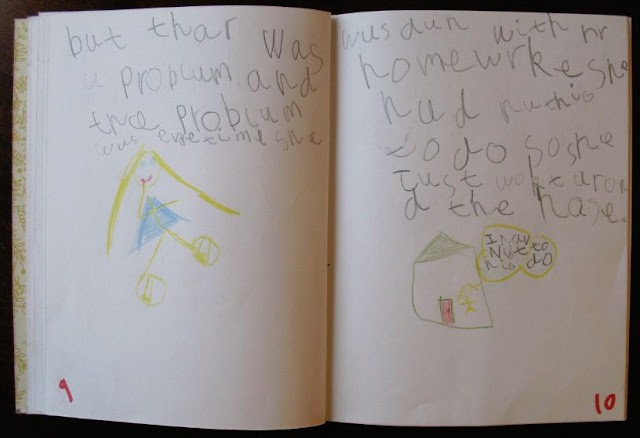 But wen dad was hame she wus not bord ene more.
But when dad was home she was not bored any more.
She lovd to sit necst to him drig dinr.
She loved to sit next to him during dinner. 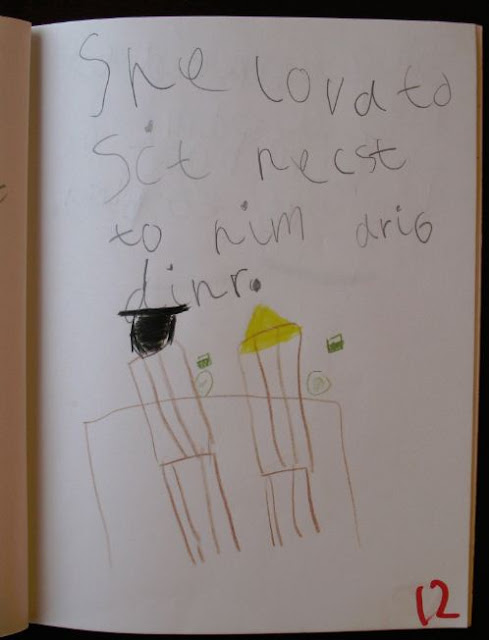 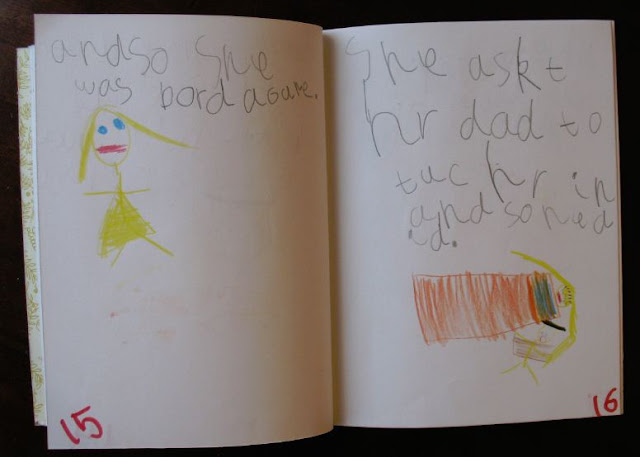 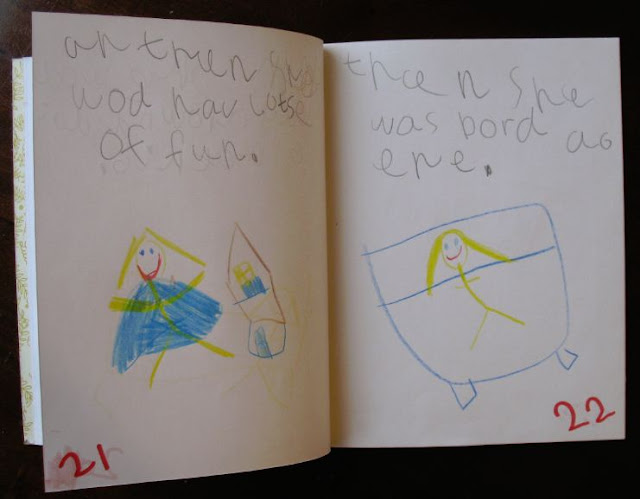 I love children and their ever thinking minds!