What a relaxing and enjoyable week!  Here are a few highlights: 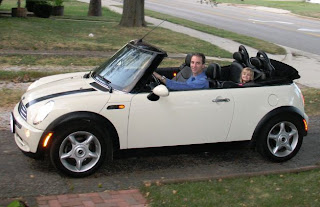 1.  The MINI fix.  At a recent oil change, we were told my MINI would need the head gasket replaced to stop a slow oil and coolant leak. Argh! That just sounds expensive. We called the MINI dealership in St. Louis to schedule the service. When I asked for an estimate on a head gasket, the attendant said he's never seen a head gasket go out on a MINI. Ever. Then he told us it was probably the seal around the thermostat, an easy fix. Sure enough, when Jeff removed the old one it was broken in two places. He installed the new part and we're good as new!  Hooray for a $25 fix!!


2.  Snow!!  I'm not sure how many times I've heard "I wish it would snow," during this break, but Tuesday morning's winter wonderland was proof that wishes do come true. It didn't last very long, but the kids were satisfied. 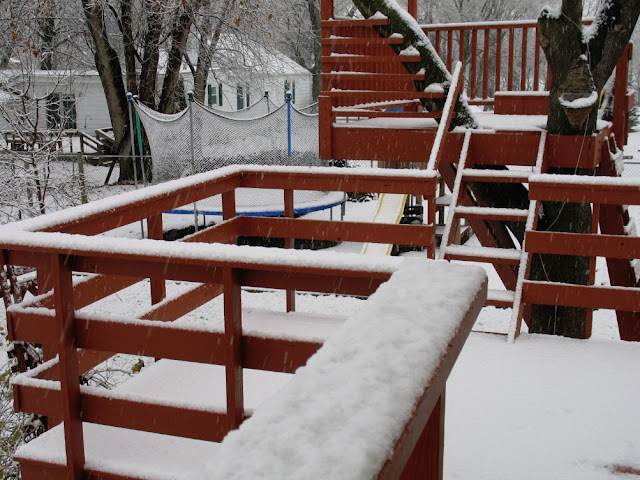 3.  Games.  We got several new non-electronic games for Christmas. We've had a great time playing them together. I like the quick ones myself (Blink, Ruckus and Spot It) and Qwirkle is really fun, but the kids have enjoyed several rounds of Killer Bunnies which is their favorite.  Sam and Savannah tried to pull an all nighter on Monday and played it until 3:00am. 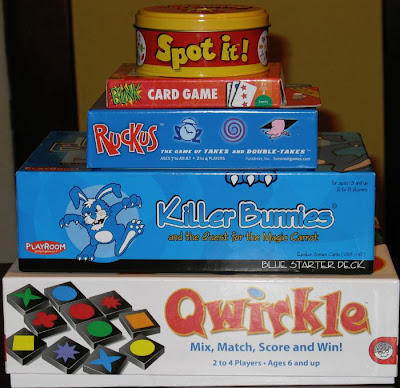 4.  BYU Won!  We are so happy that BYU managed to pull off a win in their Bowl game today against Tulsa. True to form, they waited until the very end of the 4th quarter to wrap things up. I busied myself putting away Christmas decorations so I wouldn't go crazy with all the near misses, but I'm grateful for how things ended up.  24-21. Go Cougs!
Life is good!
Posted by missy at 9:51 PM

Yay for the Cougs and the games you got and the snow you got.