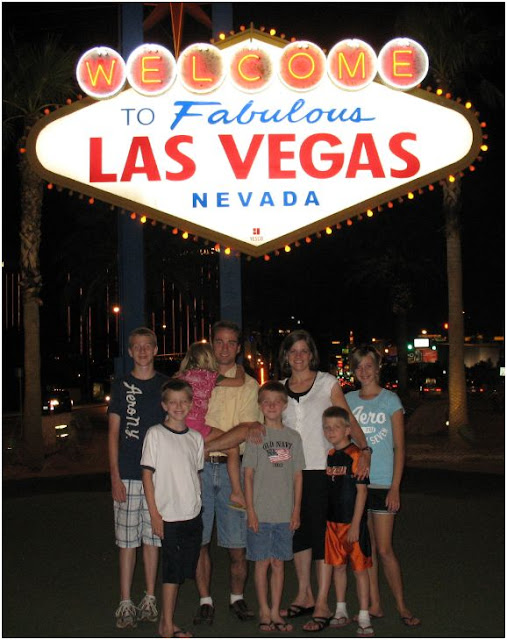 According to Savannah, there is something cool about saying you've been to Vegas, so to Vegas we went!   There were tons of lights, plenty of glitz and glamor, too many people, and loads of money (or maybe too many people pretending to have money...?)  We walked down Fremont Street to see the light show, then we drove the strip, ending our tour with the fountains at the Bellagio Hotel.  Plenty of cool things to see - and a few things that made us shield our eyes - but one night was enough for me.

The 'quote of the day' goes to Sadie.  On Fremont Street there was a stage on which a scantily clad woman was dancing.  Sadie was impressed. "Look at that girl.  She has pink hair!"  To which I was thinking, Thank you for only noticing the pink hair!

Here are some other things that caught our eyes: 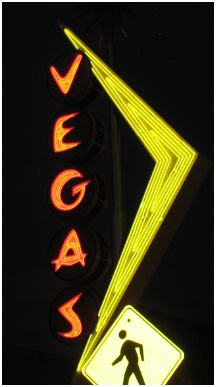 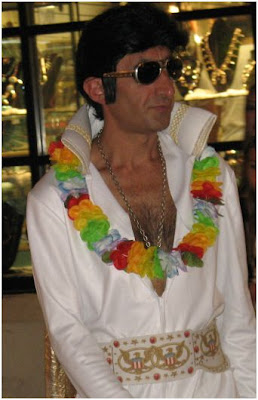 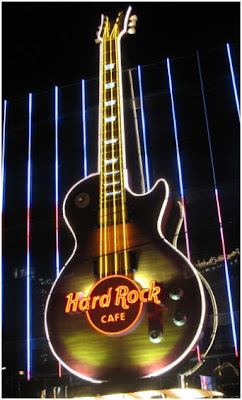