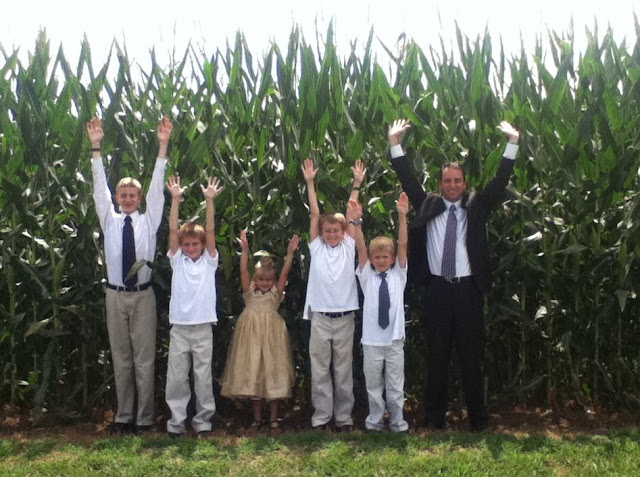 Out here in our little corner of the midwest, there is acre after acre of corn and soybeans.  By this time of year, the corn is so tall that you really don't see much else as you drive the country roads.  A few years ago, we were driving the back road to church when Savannah made the comment that she thought the corn was almost as tall as her.  Jeff assured her that the corn was much taller.  Doubtful, she got out of the van and held her hands up to see if it was really taller than her.  It was.

This year it's been Sadie asking when she could measure herself against the corn.  Today was as good a day as any.  It's probably reached it's full height or close to it.  Here's the gang, minus Savannah, illustrating how tall it really is.  For a frame of reference, Sam (on the far left) is 5'8" and Jeff is just shy of 5'11".  That's some tall corn!